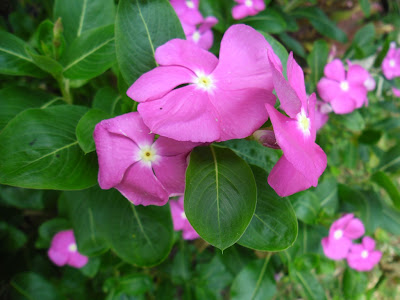 Last week I lost my voice - totally, for 4 days. It wasn't just croaky, it was completely gone. Our two daughters are currently home on school holidays, and the day my voice went, was the day Euan returned to work after his Christmas break.

The first day wasn't too bad. I felt very unwell, but our girls are pretty self sufficient and managed without much input from Mummy for the day.  They played together, helped make lunch and watched a movie while I rested.  When I needed to communicate with them, I wrote notes (thankfully both of them can read) and used signs.

By day two I began to get frustrated.  I couldn't catch their attention without going to them, the usual stern tone of voice saying their name if they began to push boundaries with each other or me couldn't happen. Facial expressions only work when they're looking at you.  Trying to help them do things was difficult trying to write explanations isn't as effective as spoken ones. Most frustrating was the fact the the girls weren't speaking to me.  I was trying to use sign language, and so they were doing the same back to me. When I mouthed words to them, they mouthed replies back!

The first day I lost my voice, I didn't expect it to last, so didn't consider how to cope with silent parenting. Euan came up with an idea after work the second day.  When he returned home he downloaded an app onto this new tablet that would translate my typing into spoken words!  Ironically when  I was finishing cooking dinner and trying to catch everyone's attention by banging on the kitchen bench, then banging a glass with a spoon - everyone ignored the noise - and me, because they were too busy playing with this new app that was supposed to help me communicate!  Doubly frustrating - and I'm afraid tears ensued after a very long day!

The app on the tablet did at least make a little light of the situation.  Typing wasn't really any faster than me writing what I wanted to say - and the pronuciation wasn't always understandable. Plus it was new and exciting to the girls so they would watch me type and read out what I was typing before the tablet had a chance to say it for me!  Still, it did provide some light relief of the difficult situation for me, as we played around with the speed and pitch of the tablet's pronunciation, and made it say silly things!

Not being able to speak for four days, made me realise quite how much I do normally speak.  Not just conversations, telling and asking things, but also just little comments and words, voicing my thoughts, and also singing along to songs on the radio. I love to sing with the girls and I've been missing that!

I also found that people do tend to speak to you in the way you speak to them.  Aside from the girls themselves mouthing and whispering words to me, when I ventured out to the shops while unable to speak  I found shop assistants doing the same  - then shaking their heads and speaking properly. I don't think anyone did it consciously, but it was another thing I did find frustrating!

After two days of not being able to speak to my kids, I started to wonder how long this was going to last, and how could I cope with it better.
It made me think of 'baby sign language'..  I remember reading about it when our daughters were both speaking, so really it was bit late for them, but it seems like a good idea.  I wonder if babies who are taught this type of sign language, then find non verbal communication any easier when they get older?

It also made me think of the game of charades.  We've never played it with our girls, but this experience has made me feel that we should!  Perhaps last week would have been easier - and maybe a little more fun, had I been able to use principles from charades to communicate more?  Maybe not, but if nothing else it would be a fun game to play with the kids.

Losing my voice and having to parent silently for 4 days did make me look at how I do things, and what I would like to do differently.  One thing I want to do is to get the girls more actively involved in the house - doing more chores, and helping out more.  This is one area I'll definitely explore this week - and figure out what is possible!  Watch this space!

Have you ever lost your voice? How do you think you would cope if you couldn't speak to your kids for a few days?