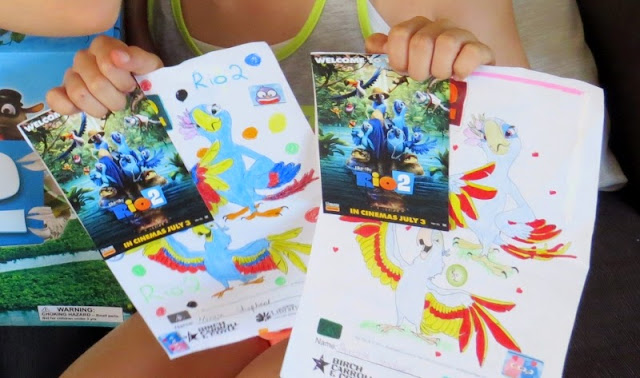 Do your kids ever enter colouring in competitions? Did you when you were a kid? Ever win anything?
When I was a kid I won third prize in the local supermarket colouring competition and my brother won second. He got a big cuddly Gnu (yes a Gnu!) and I won a big cuddly panda.  I was always very proud of that win, but when I was older, my mum told me that only 3 people entered the competition, which I have to say crushed my colouring in pride significantly! 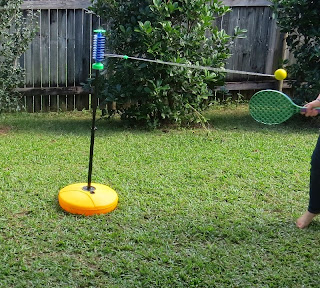 However, now that I am a parent myself, I can see that it was probably true!


Our local library hosts colouring in competitions each school holidays to win cinema tickets. My girls both like colouring in, and have been entering these competitions for a few years now. Most of the time they win tickets!  This time my youngest won the grand prize too which was a swingball set!


Both girls also won a double cinema pass to see Rio 2, so we had a family trip to the movies too.


I don't think there are many kids enter these competitions. Maybe kids prefer playing on their computers and tablets to colouring in.


It just goes to show it's always worth giving things a try. You've got to be in it to win it!


What competitions have your kids entered? Have they won anything?

Email ThisBlogThis!Share to TwitterShare to FacebookShare to Pinterest
Labels: competitions