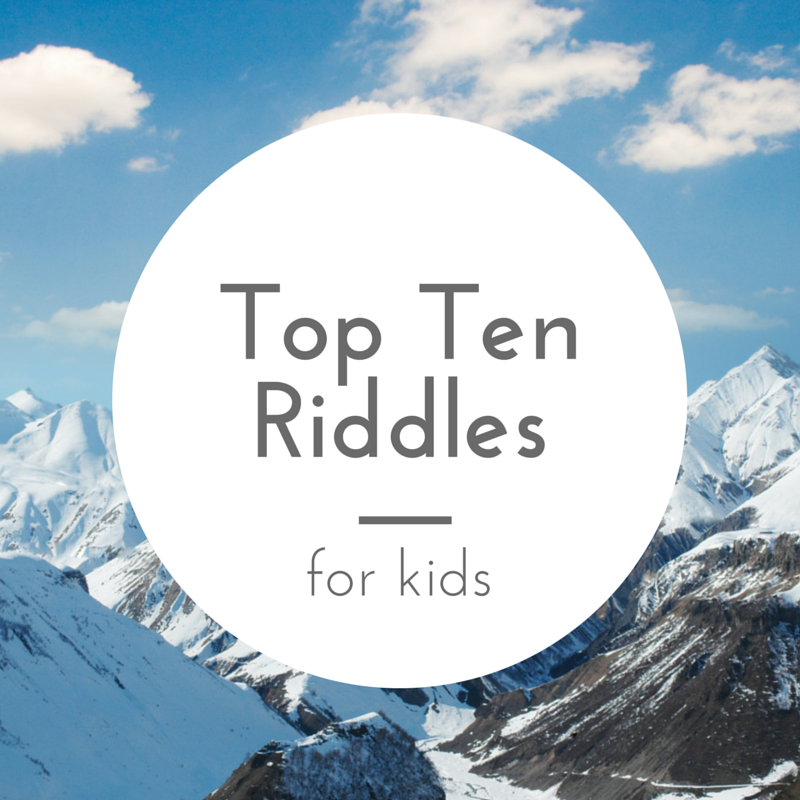 Riddles are questions posed so you have to actually think, perhaps use deduction and certainly think logically and laterally to find a solution.
As a kid, I could never remember riddles or jokes but loved the idea of them and whenever someone had memorised a bunch of them, I used to love guessing.  There are two main kinds of riddles, the more serious kind, using logic and intelligence and the other that force you to be ‘street smart.’

This is one of my favourites from the latter category.

If a plane is flying from Venezuela to Columbia and disaster befalls it. There is a terrible crash and the plane lands exactly on the border between the two countries. In which country do they bury the survivors?

(Answers to all riddles are found at the bottom of this post.)

The rest of my Top 10 for kids would be:

8.
One day, a father went to his three sons and told them that he would die soon and he needed to decide which one of them to give his property to. He decided to give them all a test. He said,
"Go to the market my sons, and purchase something that is large enough to fill my bedroom, but small enough to fit in your pocket. From this I will decide which of you is the wisest and worthy enough to inherit my land."
So they all went to the market and bought something that they thought would fill the room, yet was still small enough that they could fit into their pockets. Each son came back with a different item. The father told his sons to come into his bedroom one at a time and try to fill up his bedroom with whatever they had purchased.
The first son came in and put some pieces of cloth that he had bought and laid them end to end across the room, but it barely covered any of the floor.
Then the second son came in and laid some hay, that he had purchased, on the floor but there was only enough to cover half of the floor.
The third son came in and showed his father what he had purchased and how it could fill the entire room yet still fit into his pocket. The father replied,
"You are truly the wisest of all and you shall receive my property." What was it that the son had showed to his father?


If there are three oranges and you take away two, how many will you have?

6.
What gets wetter the more it dries?

5.
If you drop a yellow hat in the Red sea, what does it become?

4.
A box without hinges, key, or lid, Yet golden treasure inside is hid.

2.
Each morning I appear
To lie at your feet
All day I will follow you
No matter how fast you run
Yet I nearly perish in the mid day sun.
What am I?

1.
Three guesses, What have I got in my pocket?

Do you have any favourite riddles? Feel free to leave them in the comments and see if anyone can guess the answers!

Solutions:
10.  Silly- they don’t bury the survivors.
9. You are the bus driver- the same colour as yours!
8. The son had showed his father a match. Whenever he lit the match, it filled the entire room with light, yet it was still small enough to fit into his pocket.
7. Two (you took two)
6. A towel
5. Wet
4. An egg
3.  A river
2. Your shadow
1. Good question- a magic ring? - from The Hobbit