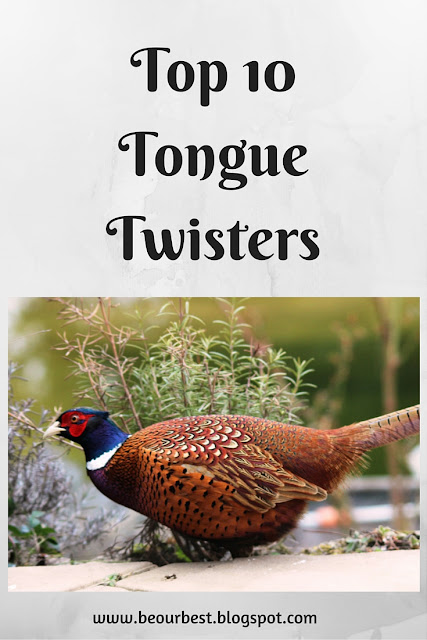 Our kids love tongue twisters and as they often lead to tripping over words, funny phrases and always gales of laughter, this is a great opportunity to share my top 10!

I also think they are good to see which sounds children (or foreign language learners) struggle with or can't make or pronounce.
Tongue twisters are also used for warming up the voice before choir and are also useful for creating clear tones later!

2.  She sells sea shells on the sea shore.

9.  A tooter who taught on the flute
Tried to tutor two tooters to toot
Said the two to the tutor
Is it harder to toot or
To tutor two tutors to toot?

10. Round and round the rugged rock
the ragged rascal ran.

The girls are still laughing, go on read them, you know you want to!!!!

Have you heard all these?  Do you have a favourite or an alternative to add?

Email ThisBlogThis!Share to TwitterShare to FacebookShare to Pinterest
Labels: literacy