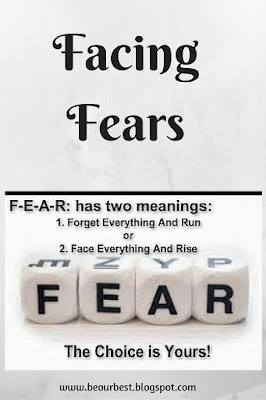 Do you face your fears? Do you encourage your kids to face theirs?

There have been times with our girls, when I have been making them face their fears and I have felt like a horrible, cruel mother. I'm sure too that to anyone looking on, that is how I appear.

When your child is in tears, and upset because they don't want to do something that is scary for them, it's hard to push them but there are certainly times when it is important to.

I remember reading last year before the Olympics, about an Australian swimmer - Ned McKendry, who used to have panic attacks when he swam races, and had to stop half-way down the pool and hang onto the lane rope. He said that as a teenager, he reached the point that he told his parents he wanted to quit swimming. However, his coach persuaded him to face his fear and keep swimming, which he did. Last year he competed for Australia at the Olympics. Definitely worth facing his fears for I'd say.

When our eldest daughter started school, she had a fear of racing. On the school athletics carnival day, she'd be in tears not wanting to race. Each year I'd push her past her tears into the first race and by the time she finished the race her face was beaming and she was happy once more - happily going in all the subsequent races.  She would come home a happy girl with tales to tell and ribbons to show.  If I hadn't pushed her to run, then I doubt she would have had such a good feeling for the rest of the day.
Each carnival got a little easier for her, although those fears were still there for a while, and now, she positively looks forward to all kinds of races, and also does very well in them too.

To some people, pushing my kid to race might sound like overkill - why should a kid have to race if they don't want to? But from my point of view, races are a part of school life. Our daughter had years of this ahead of her and I didn't want her to have the same fear stay with her for all those years. I felt it important to help her face that fear early on.

So whether it's a fear of speaking in front of the class, taking a test, or running a race. I believe it's important for kids to learn to face their fears, and as parents, it's our job to teach them to do this.

What fears have you helped your kid face? Or what would you like to help them overcome?

Our girls' current fear we're trying to help them overcome is lighting matches! 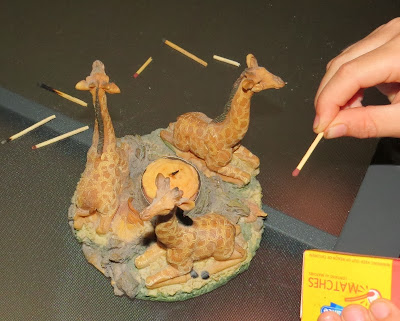 It's still oh so scary, but with a little more practice, they'll be fine! 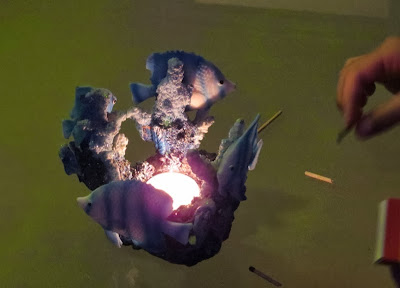