A taste of Vietnam with kids 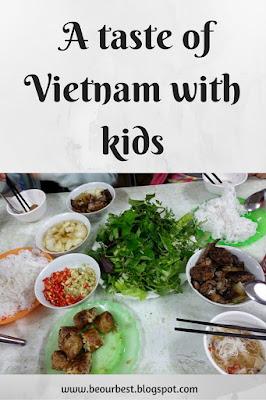 Some more highlights from our trip Backpacking in Asia with our kids. 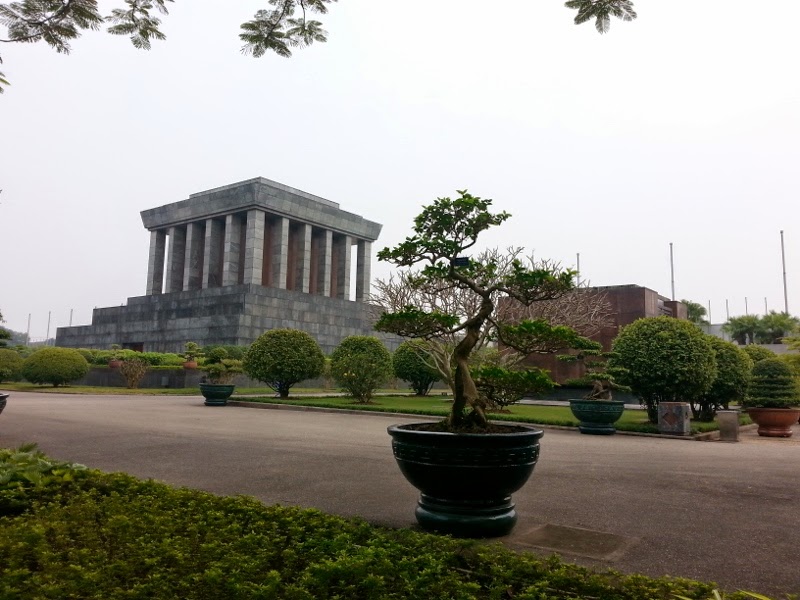 Vietnam
Vietnam is a socialist oriented market economy, a country with 90 million people and growing prosperity.
In saying this, the inequality is really stark when you arrive and it certainly feels you are in a poorer country.

Our arrival in Vietnam was really a step into the unknown.  With two young blonde haired girls (9 and 11) we were both apprehensive and a little worried.  As soon as we arrived our minds were set at ease, the people were helpful and friendly.  Even in the capital city, Hanoi is scrupulously clean (thank you socialism) and easy to get around.  We heard Ho Chi Min city in the south was busier and had some big city problems such as bag grabbing but we certainly had no experiences like this.

The traffic in Hanoi was interesting.  There appeared to be no road rules other than don't crash. Everyone seemed to drive, ride and walk where they wanted to. Nobody went very fast, and it all seemed to somehow work!

The girls found it interesting to see really old people working in the streets- cleaning the pavement near their business, sorting newspapers, preparing fruit and carrying it (heavy!!!) to little restaurants on foot or bicycle.  It was a real contrast from everyday life in Australia. 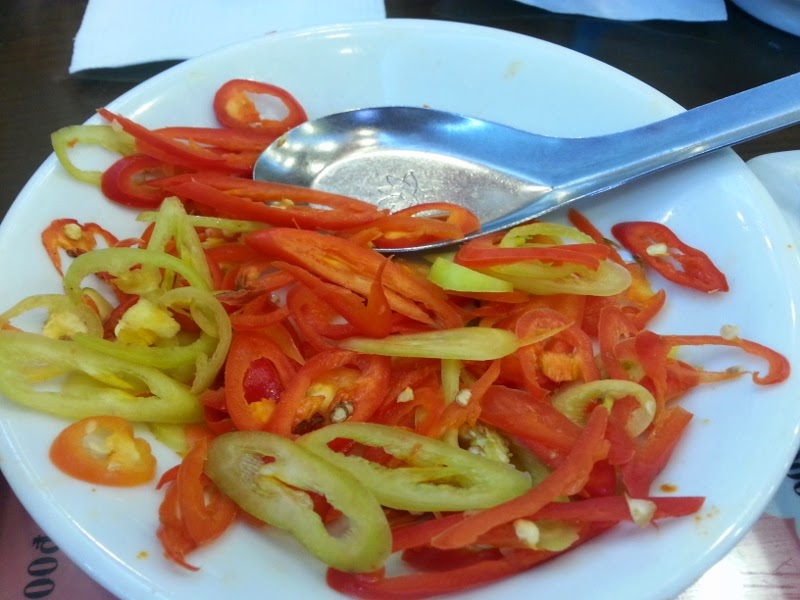 Hanoi was very much a culinary experience, with the option to add your own garlic or chilli (rather than have the dish really hot).

The girls found themselves experimenting with food.
Pho- a noodle soup with pork was a favourite... 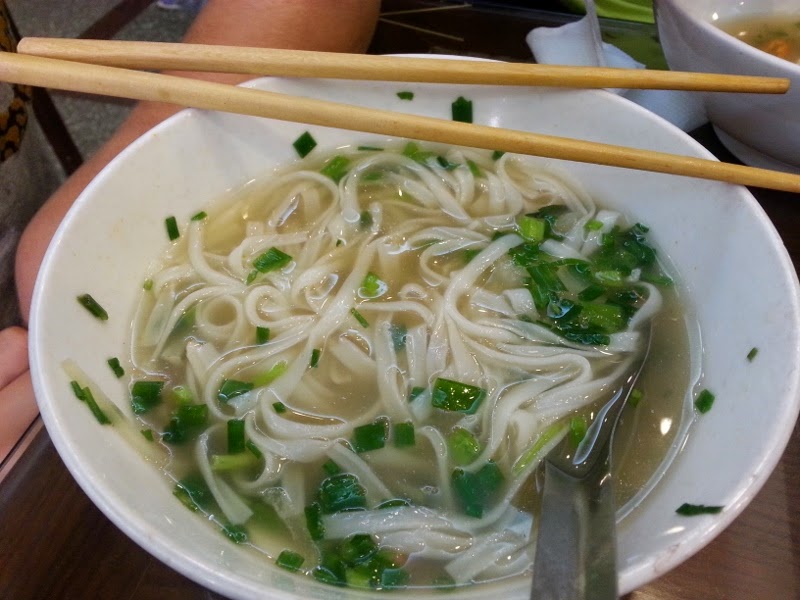 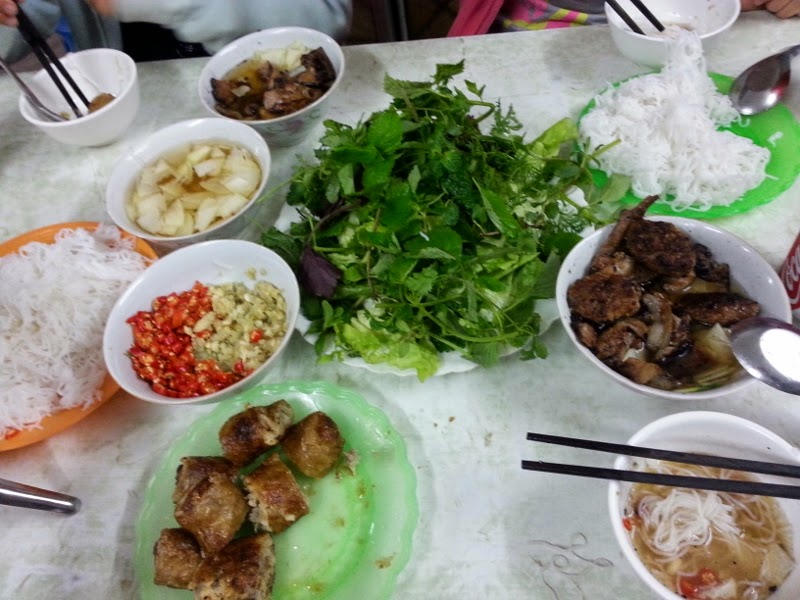 ..as was Bun cha,
which we experienced a climb through the five level, tiny building to find the last available seats. And saw our food being cooked out on the tiny balcony! 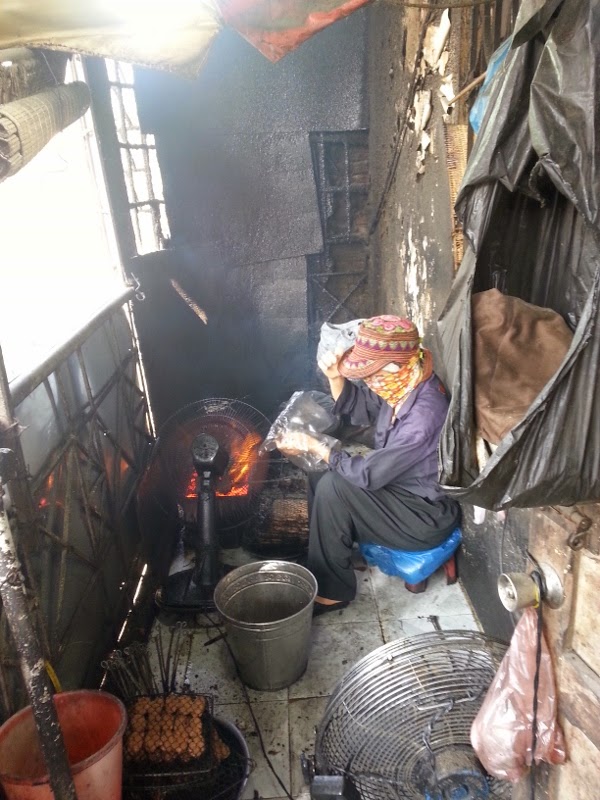 Still it was worth it- Yum!

Coffee
Coffee was another revelation for the girls.  By adding condensed milk to coffee the girls discovered a new pleasure that has followed us back to Australia. 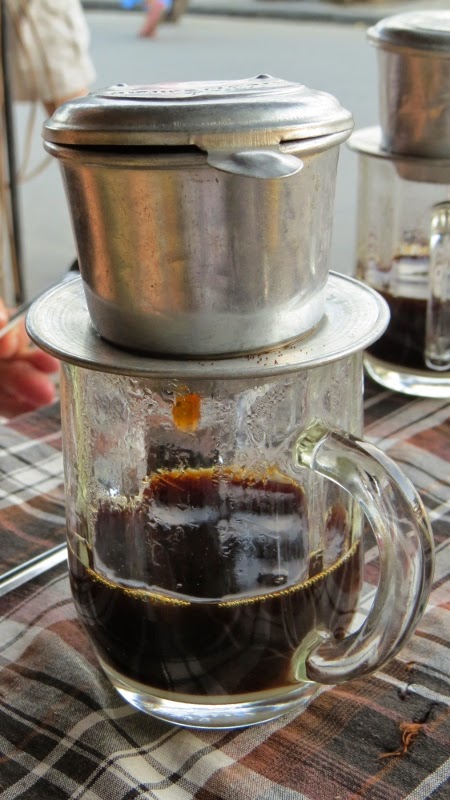 I had no idea how the French influence on Vietnam has allowed baguettes and coffee to become so readily available on every street corner.  With a small glass coffee cup, a large teaspoonful of condensed milk at the bottom, you were always ready to enjoy the strong bitter black coffee on top.  We never mixed it, enjoying the contrast and sweet reward at the bottom of the cup- something like a coffee caramel rather than crème caramel in flavour!  Some people mixed the sweetness through but we did not succumb. 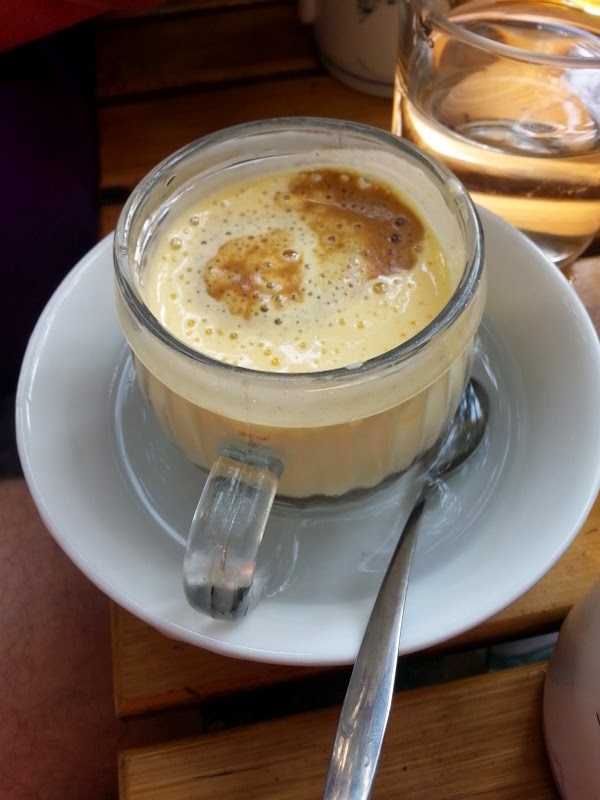 We also tried a unique north Vietnamese delicacy- egg coffee.  Whilst the idea is odd, trying to request it and order one in a café where nobody had any English was a hilarious challenge.  Miming chickens- with full noises to accompany and drawing eggs (fried!?) finally lead to me being taken to the kitchen and asked to show what I hoped to order.  This worked and within a few minutes my egg coffee appeared.  It looks kind of like a black espresso with a cappuccino style head.  The head is not milk though, it is beaten egg that stays in a sweet liquidy state and is really nice.  The effort to order it was worth every moment and the laughter in the girls eyes was priceless! 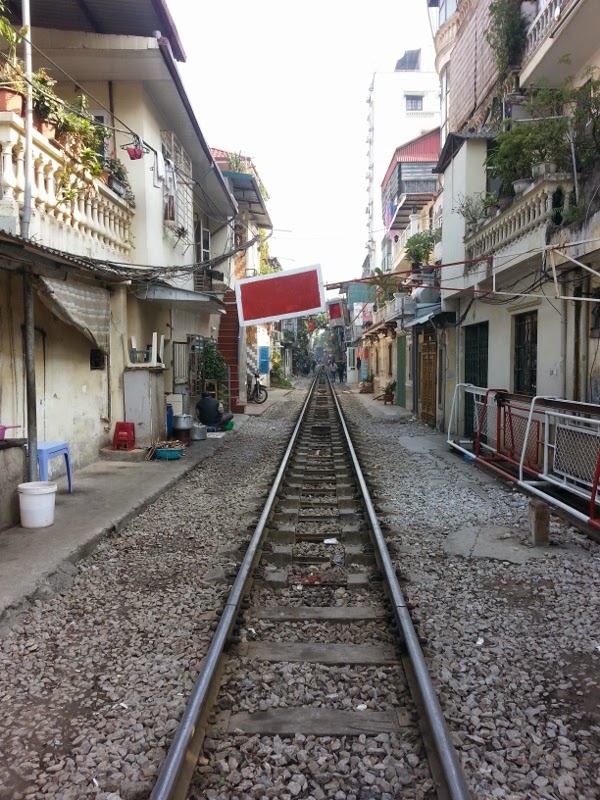 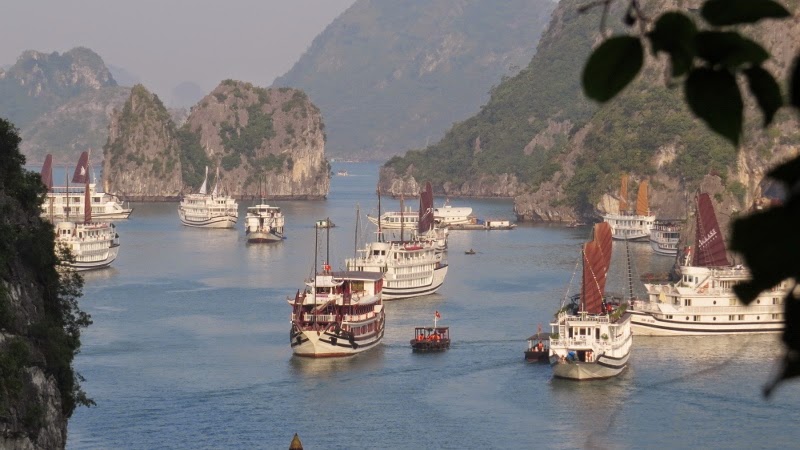 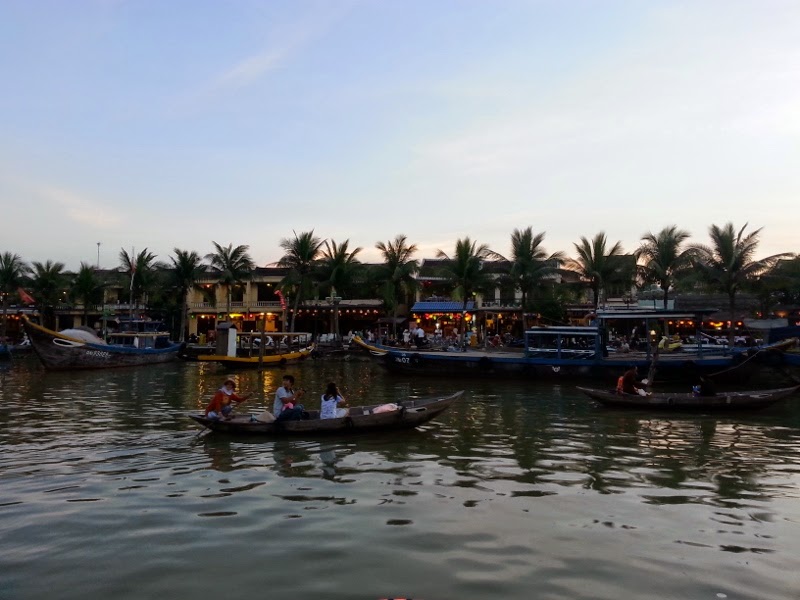 A taste of a big city, beautiful World Heritage Listed bays, and a small town surrounded by rice paddy fields. In just 10 days, we had a fabulous taste of Vietnam.

Given the safety, ease of travel and transport and the delicious food available around northern Vietnam, I would strongly recommend a visit for any family. Vietnam got a big thumbs up from the girls and us as parents.