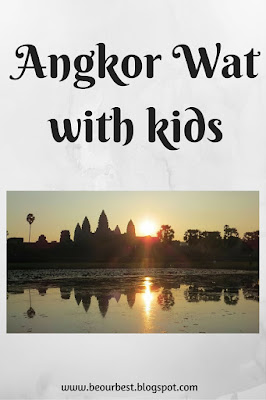 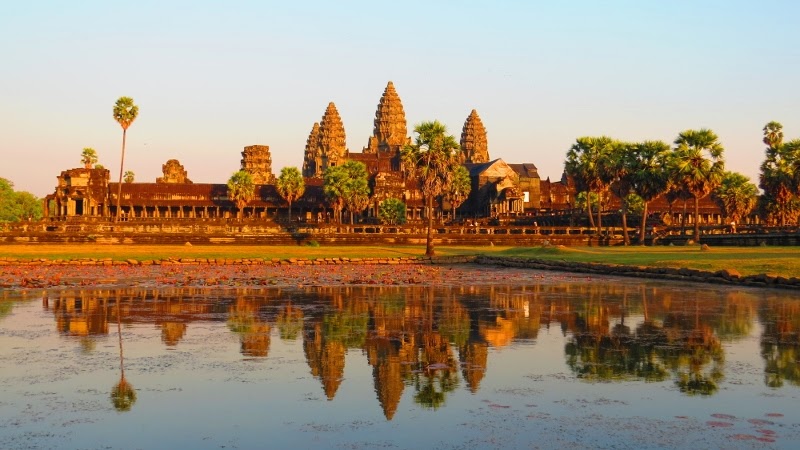 When I think of the most wonderful man-made places in the world, I certainly do not automatically think the kids would be interested in them.
I think of the Pyramids and Sphinx in Egypt, Easter Island monuments, the Coliseum, Machu Pichu, other South American or Mayan ruins and Angkor Wat in Cambodia.

Do kids even know about them or even care about them?
Certainly, until they reach a degree of self awareness and study the topic, probably in early teens, kids are not even aware of other cities and certainly not countries or historical buildings.  This is a generalisation, but dinosaurs brought to life in action movies probably trump most kids list of things to see and do.  Do they care about ancient things in general? Probably not.

Anticipation
Before our trip backpacking in Asia with our girls, the things we were looking forward to and those that the girls were looking forward to were certainly different. They were most excited about Universal Studios in Singapore, Legoland in Malasia and seeing Elephants in Thailand. Angkor Wat barely registered as an exciting prospect.

Going to Cambodia, I was so excited about seeing the ancient city of Angkor Wat and its surrounding temples.  I wasn’t so sure that the kids would be enamoured with the idea or reality.  For me, seeing how people used to live, imagining their daily life, the pomp, the circumstance and the grandiosity of the ruling classes is what it is all about.  Imagining the organisation and the vision of getting hundreds or thousands of workers to plan, physically lift and create a vision of a temple, pyramid or even city is a wonder to me.  The time it took, often in years to complete is amazing, the ability to build a lasting monument or creation for eternity was the driving force among many of the great kings and rulers.

Arriving in Siem Reap
When we arrived in Siem Reap, the whole experience rather than just the temples was what stood out for all of us.  Finding ‘Radar’ our Tuk Tuk driver was a great help. Him allowing the girls to take photos on the motorbike was a highlight for them as was his happy face as he dropped and picked us up after our adventures. He was very good value!


Sunset
After buying our tickets at the gate (the 3 day pass) we rushed to the elephant station to take a trip up the hill for the sunset over Angkor.  In retrospect this was a mistake.  The sun does not set over Angkor but in another direction entirely and the crowds were truly unbelievable. 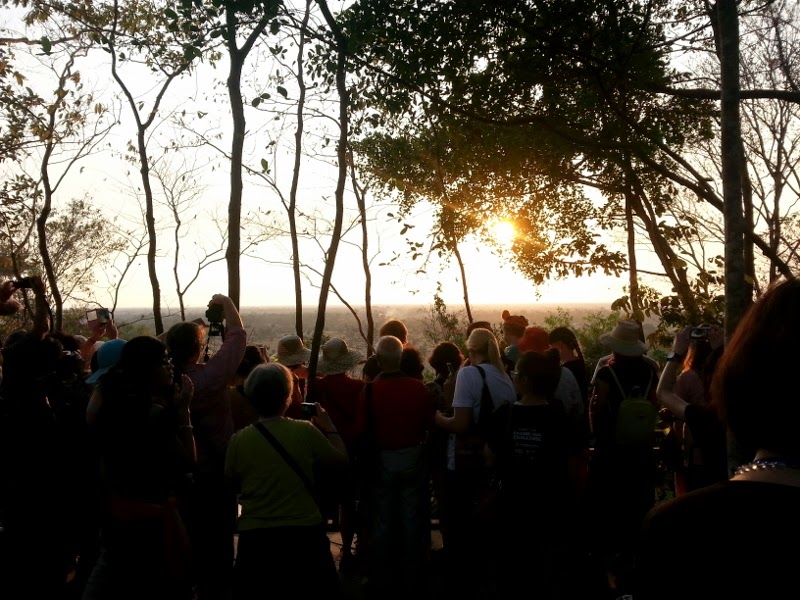 Whilst I would go back to Angkor, I would certainly never do this sunset hill experience again!


An Elephant Ride
The elephant trip too was probably a bad idea. At the time, it was a reward for the girls for having done so well in the 8 hour bus journey back from seeing the Irrawaddy dolphins inKratie.  The elephants seemed well cared for and were being looked after as working elephants rather than living in town, which is a good thing. 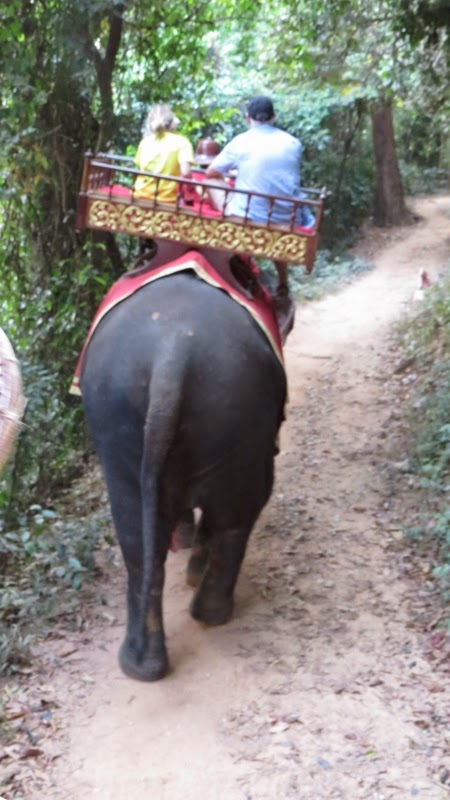 Contrasting this with our later trip to Elephant Heaven, or Lek’s Elephant Sanctuary near Chang Mai in Thailand put this experience in perspective.  We enjoyed it at the time but, I don’t think I would take a commercial elephant ride again after knowing what most have gone through in the ‘crusher’.

At the top of the hill, we joined the queue to get to the temple at the top of the hill- a bad idea.  There were hundreds of people and also hundreds of Chinese tourists who were not so keen to stand in a queue and pushed past us, over walls and directly contradicted every rule of politeness that has been written, and not written, in the western world.  Jill politely walked to the front of the ‘queue’ to see what was going on and managed to get a mouthful from a guard who obviously found someone that would actually listen to him for her troubles.  We gave up after watching people push past us for 25 minutes and walked back down the hill and had a lovely sunset at the bottom of the hill with less people and Angkor Wat just next to us.

Sunrise
The next day we were up super early and got to Angkor Wat for sunrise. 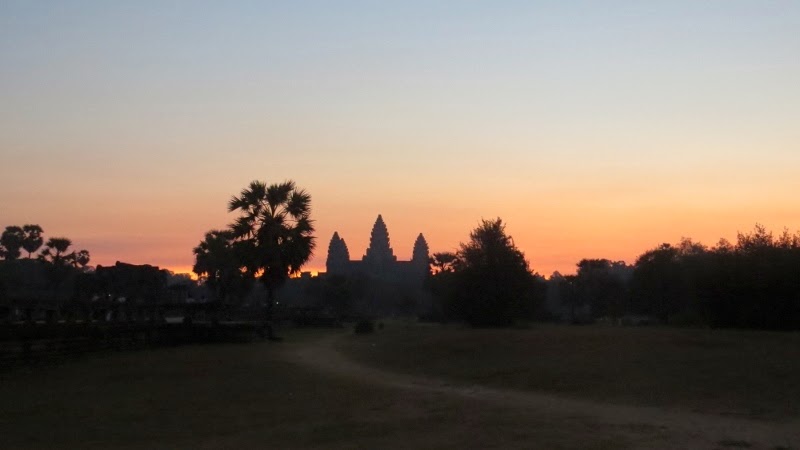 This was definitely worth it. I think we took a thousand photos that day. Although there were still large crowds of people, the sheer scale of Angkor Wat meant there were plenty of quieter places to watch the sunrise from and explore - you just had to leave the reflective lake pictures until the crowds had cleared later! 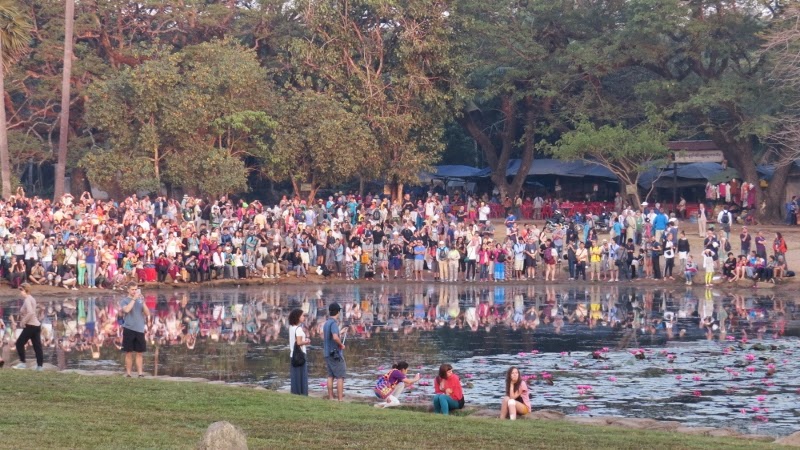 But it was worth the wait! 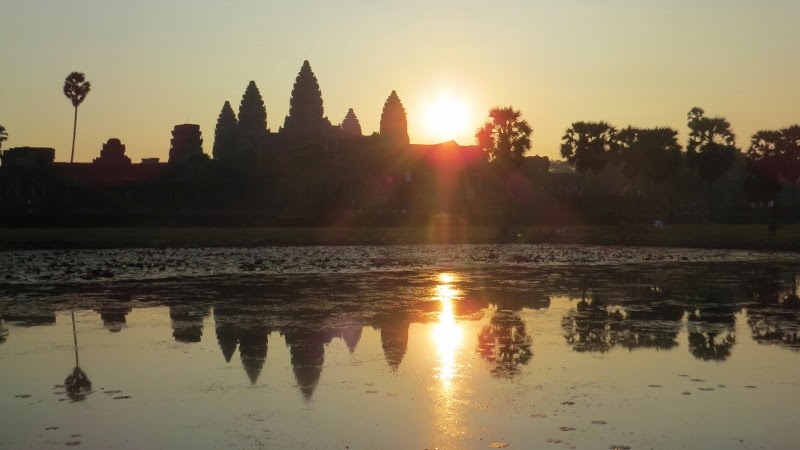 The girls played at being tour guides and we looked at guidebooks, listened in on tours and generally climbed through the under restoration ruins. 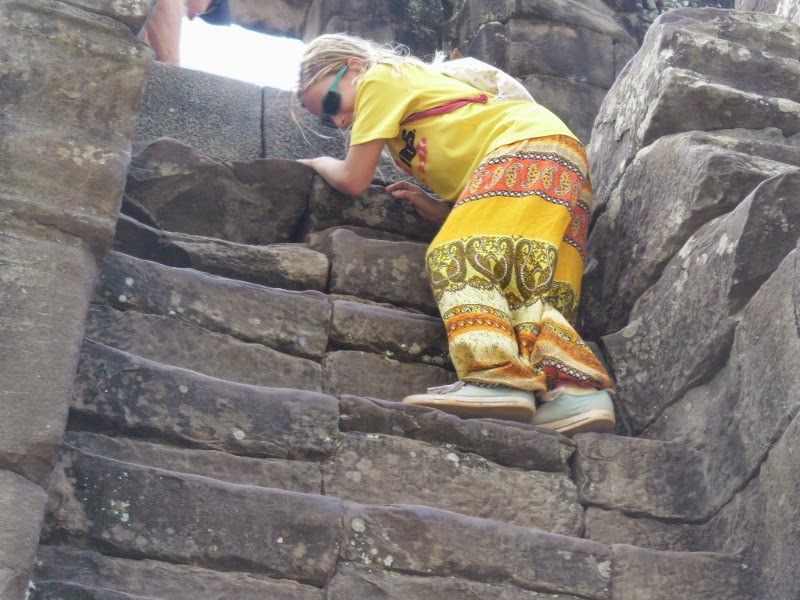 Every different temple had it’s own character.  The bass reliefs were cool, the worn down steps that you could clamber up and down and the endless ‘jigsaw puzzle’ blocks scattered around awaiting a puzzle master to assemble were awesome. 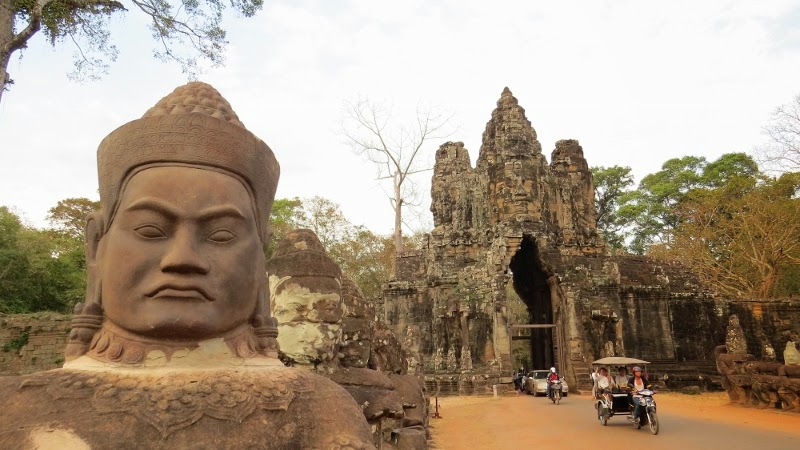 Each temple was unique, matching the vision of the ruler who was adding his vision towards his perpetuality. A standing vision through the passing of time.


Tomb Raider
We finally reached Ta Promh, the place famous for the setting of Tomb Raider and Angelina Jolie coming out from below the famous tree which is growing out and from the stones is a great spot and as we had managed to be going in the opposite direction to the tour groups, it wasn’t even busy. 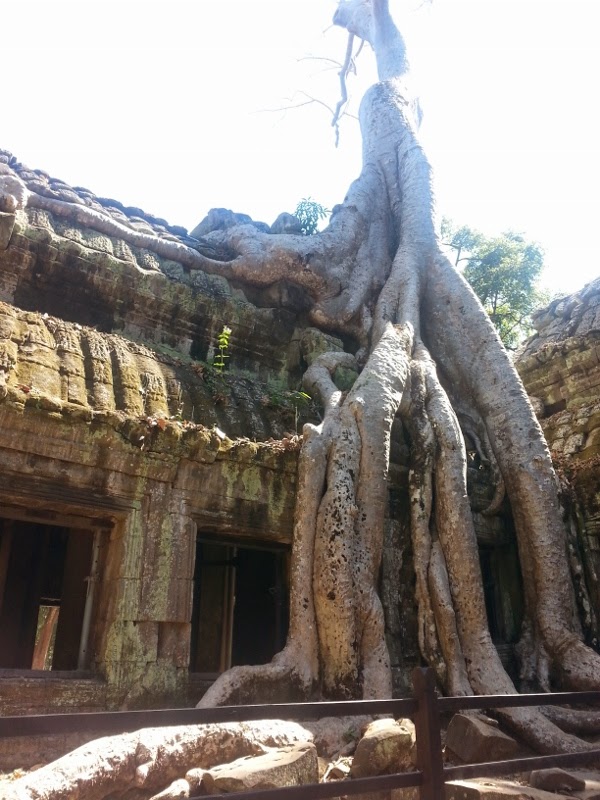 We had lots of time to take pictures and marvel at the size, age and complexity of the root systems and the enormity of the trees and time that lead to this wonder.  The next step will be for us to get the girls to watch the movie Tomb Raider- a definite gap in their pop culture knowledge!!

Finishing the day with tired legs from all the walking also made us feel we had got our money’s worth.  It was truly a great day and experience, and although the girls perhaps did not appreciate the historical significance, they thoroughly enjoyed the active and physical hands on nature of the site which is both enormous and accessible.  Seeing the monkeys around the site was also a bonus for the girls - especially the cheeky ones who knew where to pinch their breakfast from! 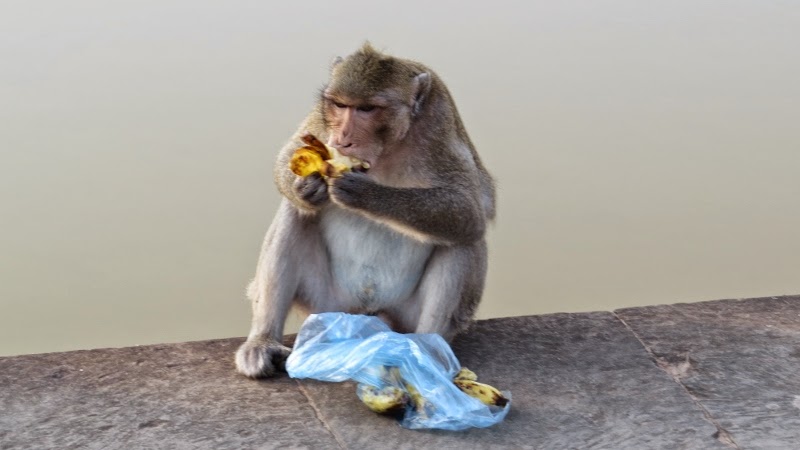 On return to Australia, our eldest daughter also appreciated the experience as she had to make a project, brochure and speech on an ancient civilisation- this trip certainly made the task easier for her!

This was definitely a highlight of our trip and a memory for a lifetime for all of us.

Email ThisBlogThis!Share to TwitterShare to FacebookShare to Pinterest
Labels: backpacking with kids, travel with kids