Versing - is it a real word? 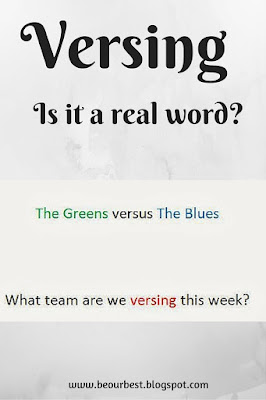 The first sentence above is correct - but what about the second one?
I don't like it - and when I hear my kids and others using this word like this it really bugs me.
When I hear adults using it, it bugs me  even more!

I grew up in the UK, and don't ever remember hearing this expression there - but here in Australia I hear it all the time.  To my ears it just plain sounds wrong, but since I was hearing it so often, it made me wonder whether it really is wrong, or is it perhaps American English or another acceptable form?

When I explored this word, I found that it seems to be currently acceptable 'slang'. So you won't find it in official dictionaries in this form, but it is widely used and understood.

I found an interesting 5 minute radio article about the use of the word 'versing' and learnt about 'back-formation' of words in the English language. This is a process by which new words are formed by removing or changing beginnings and endings. 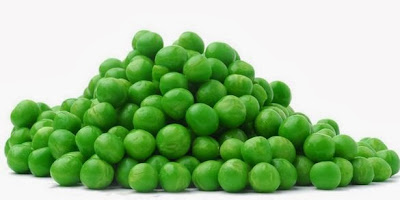 For example the word pea (the green vegetable) comes from the original word pease. The word pease is actually singular but it was seen as a plural because of the 's' at the end, and so the word 'pea' slowly became commonly used instead, until it became the accepted word for that small green vegetable!

So - it would seem that we are currently in the midst of the formation of a new and acceptable verb : 'to verse'.
From all accounts this word has been around for 30 years, originated in video games and is becoming more and more used and accepted. Maybe in another 30 years it will be in dictionaries and be the accepted norm!

So I guess I should move with the times and accept change, and just not let this simple little word bug me quite so much!!

I wonder who my daughters hockey team are versing this week........