Fundraising for your kids with chocolate? 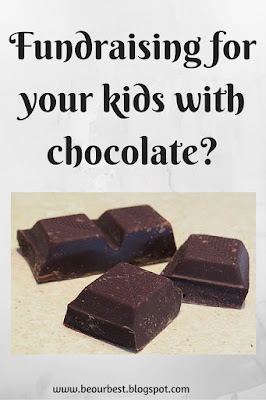 When did we start having to become chocolate sales people so that our kids could do their after-school sports?

Considering the obesity problems facing ours and other nations, chocolate seems like a particularly odd choice to sell and promote in order to fund-raise for sporting clubs that are on the other hand promoting healthy lifestyles for our kids.


But it's not just the chocolate that is the problem with fund raising these days, it's the whole attitude towards it and what it has become.

Endless requests for money
Simply saying the word - 'volunteer' or 'fund-raise' is enough to strike fear in the heart of many parents.

Having kids at school means that each term you are subjected to more and more forms brought home asking you to sponsor your child to read books, or handed a book or raffle tickets to sell, and "return the money to your child's class teacher by next week.", and then there is being asked several times a term for a gold coin donation so that your child can get out of wearing their uniform for the day; all for a good cause of course. But I find the constant push for you to give more and ask others to give is getting out of hand.

The Merry-Go-Round of donations


When you end up with raffle tickets or chocolate to sell for you kids school or sporting team, who do you sell them to? - your family, friends, neighbours and work colleagues.   Many of them will buy a bar of chocolate or raffle ticket not because they particularly want to, but because they feel 'obliged'.  Then the next week, they will bring their own kids' fund raising thing to  you, and the obligation will be returned when you also buy something you don't particularly want or need.

Little by little, we are all donating money to each other's schools, clubs and organisations, pushing up the overall cost to us as parents of our kids getting involved in sports and team activities.


The alternative to this, is what many people, including myself do. That is to purchase the goods you are being asked to sell for yourself. This isn't so bad if it is something you would buy anyway. For example I'm quite happy to buy the school raffle tickets each year as the prizes are very good and I would love one day to win one. The amount paid for this is relatively small too.

However, sometimes things become more expensive - a large box of chocolate bars for example is not something I would buy for myself and my family, so to be asked to do this to fund raise for a club feels like I'm being asked for a straight financial donation. Not the way fund-raising should be done in my opinion. 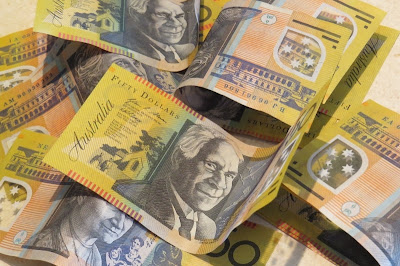 Yes, I understand the need to fund-raise.  For these sporting teams to buy equipment, pay coaches, travel expenses, membership fees etc, they rely on donations, fund raising and sponsorship.

I worked as volunteer president of our daughters' kindergarten for two years. That Kindy was run by volunteers and relied largely upon donations and fund raising to survive and grow.  I have seen the benefits gained from efficient fundraising, but also the resentment and negative feelings seeded from badly organised fundraising that leaves people feeling obliged to give more and more money themselves. Budgets are stretched, and keeping your kids in clubs and sporting teams becomes more of a financial strain.

So what should be done?


Since fund raising is a necessary part of sporting clubs, schools and organisations, how can it be done in a way that people are happy to participate in?

My memories of fundraising when I was a child involve the occasional mornings spent at our gymnastics club with all my friends and their families there together, setting up and running a mini fete - with stalls, raffles and games.  Everyone was involved and it was as much a social event as a fundraiser.  Fun was had by all, and money was raised for the club in the process.


For people to want to give their time, effort and money to support a club, they need to feel like the are a part of that club and gain something from it.

I believe the best fundraisers are 'events'. Things that get the whole school or club involved - the children as much as the parents, because let's face it, it's all for our kids anyway.  Fundraising is a great opportunity to teach our kids about working together as a team for a result that is going to benefit them all. To learn to have pride in their team. club or organisation and want to help raise money to make it bigger, better, or buy more equipment.


A recent fundraiser we were involved in was a car wash.  The kids from the club all joined in and had a wonderful time washing cars together, talking to people, and generally working as a team.  We were providing a service, rather than just asking for money from people. Everyone had fun, and a good amount of money was raised.  The people who paid for the car wash, chose to drive in, and received a service for their money.


The key factors for those who gave money were that it was their choice to give the money, and they gained something from it.


Fundraising is not easy - you don't get money for nothing.


Another aspect that I feel is important to remember in fundraising is that everyone has different opinions, views and interests. One fundraising method will suit some people, a different one others.  Perhaps some people are happy to buy a large box of chocolates just for their family to consume, so giving the money to their club rather than the supermarket seems like a good idea.

That's fine.  Just don't try to force everyone into the same box.


Fundraising should be an option available for people to help out where they feel they best can. Some people can give more time, other people money, and others skills.


I believe that people are generally happy to help out - in a way that they are comfortable and confident with.


As an example, both our girls are keen swimmers , and each year they now take part in a Swimathon to raise money for MS. We've chosen to encourage them to participate in this, not because we know people with this particular disease, or have any significant connection with it, but largely because of our girls' interest in and love for swimming.  To help them learn that they can use their skills, talents and likes to help others is an important lesson for them.

Fund-raise for our club not the big companies


There are plenty of companies making a profit from fundraising. Kids are asked to sell things to their family and friends. The school receives a small portion of the sale price, and the kids get bonus prizes for selling more and more things, but the largest portion of the profit goes to the big company.

Perhaps for these big companies that run these fundraising ideas - it's cheaper to pay schools and clubs a small part of the profit for each item, than to pay for large adverts and displays in shops and expecting the public to buy things because they actually want the product - not just buying it because they feel obliged to in order to help their kids or friend's kids.


Personally, I would much rather give money to a fund-raiser that rewarded the club or school for an effort they have made, rather than helped to promote a large company just as much or more by buying their products.

I believe fundraising should


1. Make everyone feel like a valuable member of the team - by utilising their particular skills, talents or connections. Remembering that everyone is different.


2. Involve the kids who we are fundraising for.


3. Not make people feel obliged to give more of their own money, on top of paying club fees, buying their own kids equipment, uniforms etc.


4. Make those who give the money feel like they are gaining something from that - whether it's a service,  product or a sense of satisfaction for helping out a deserving club.


What fundraising have you been asked to do for your child's school or team?


What fundraising do you remember doing when you were a kid?


What method of fundraising do you most dislike?


Are you a fan of the chocolate drive?